We decided that we’d like to end the year by putting a spotlight on 2014’s events and trends that we believe will have the greatest impact on the future of collegiate ministry. Our list is not exhaustive, so please jump in the discussion by leaving your comments below.

We are seeing more and more questions related to the purpose of higher ed, and who should be experiencing its privileges, such as this one in the NY Times. At least three factors are contributing to these existential questions Higher Ed must increasingly answer:

– The evolving role of technology, and its ability to bring people to the (virtual) classroom, regardless of age or geography. More colleges want “in” on the continuing education game. You no longer need to be 18-22 or physically present to study at a university.

– Costs keep rising. The higher the costs of higher ed, the more privileged and elite it becomes. When this much money is involved, people ask questions about what they are receiving in return for all that money (and loans). Thus the rise of “true” price tags, financial ROI of not only different schools, but particular majors, and the full adoption of a consumer/transactional approach to education. While the liberal arts purists (what’s left of them) will continue to mourn the good old days, in many ways rising costs is returning higher ed to its good old days, when it was the realm of an elite few who were able to afford it.

– Bad behavior on campus. Issues like campus rape and sexual assault (see below) have forced people to ask if its really wise to gather this many 18-22 year olds into such a tight space, with this much free time and this much alcohol. People are asking hard questions about whether it would be good to dismantle, or at least radically restructure, the Greek system, or big time athletics as we know them.

Don’t be mistaken—higher ed is too much of an industry to ever go away. But we may have reached the high point of the college-campus-as-country-club era. At some point, financial realities will hit our campuses, and all but a few will feel the pinch. Those who cause the most trouble will have a harder time finding a place on campus. And those who are more responsible, such as older, working, part-time students, may become more of the norm on our campuses.

This has big ramifications for ministry to college students. How will we need to adapt if the majority are not 18-22, residential, and have tons of time on their hands? Great challenges and opportunities here. —SL

This Fall, InterVarsity was derecognized as a student organization on the campuses of the California State University System after refusing to comply with an executive order requiring all recognized student groups to have an open membership policy and not discriminate “on the basis of race, religion, national origin, ethnicity, color, age, gender, marital status, citizenship, sexual orientation, or disability.” In a statement on their website InterVarsity explains their position, summarizing the reason for the current impasse: “While we applaud inclusivity, we believe that faith-based communities like ours can only be led by people who clearly affirm historic Christian doctrine.”

While skirmishes over campus access are nothing new in the collegiate ministry world, this time feels different. CSU is the largest university system in the United States (437,000 students on 23 campuses). They are the first of the major power brokers in the higher education landscape to enact and uphold a ruling like this. There is some speculation that this could be a tipping point that causes other universities to follow suit.

Though your ministry may not currently be experiencing the same situation, the events at CSU give all collegiate ministry leaders the opportunity to reflect on the following questions:

– What are the nonnegotiable, Bible-based principles to which we will cling, no matter what?

– In what ways does this provide collegiate ministries and local churches to support one another when pressures mount on campus?

– How can you innovate as a leader to continue an effective ministry with or without access to campus meeting spaces, organization fairs, etc.? – KS

3) Ferguson brings national spotlight to matters of race and justice

The shooting death of an unarmed, black teenager by a white police officer in Ferguson, MO and the subsequent decision of a grand jury not to indict the officer led to protests, riots, and enormous media attention on matters of race and justice in America. Even cursory scans of social media over the past few months reveal that these incidents have exposed stark differences in how Americans view policing and the justice system in America… and these differences seem to follow racial lines. And it seems that these divides exist deeply even within the Church.

College campuses are yet some of the most diverse places in America, so there’s a danger for us in collegiate ministry to be lulled into thinking that we’re doing okay in the area of racial harmony. Regardless of what you may think you see on campus, it’s clear that America at large is having a completely different experience.

We who believe that God has created every human being in his image must play our part in seeing that individuals and institutions recognize the due value and dignity of every person, regardless of the pigmentation of their skin. Some students on your campus are having this conversation. Other students are avoiding it at all costs. Either way, collegiate leaders need to be there with the Gospel which includes the outsider and humbles the oppressor alike. – CA

4) Campus rape in the news

Rape and sexual assault is an old topic on most our campuses, even if it’s not talked about often or openly. But it went mainstream this year, with prominent stories in TIME and Rolling Stone, and even the White House launching the “It’s On Us” initiative against sexual assault on campuses. Not to mention the ongoing stories of prominent college athletes accused of sexual assault or indiscretions filling the airwaves.

The Rolling Stone story, documenting an alleged gang rape at UVA and the subsequent fallout, has caused quite an uproar and arguments over the veracity of the reporting. A backlash against university protocols for addressing rape and sexual assault has risen up, as some argue that these procedures are not in a court of law and often privilege the accuser against the accused.

The state of California–which oversees 23 universities in its system—instituted a “yes means yes” law designed to eliminate the gray areas surrounding sexual activity on campus.  Ironically, this leaves the university in even more of a policing/parenting role, at a time when many proponents of “yes means yes” would otherwise say “keep the government/university out of my bedroom.” Yes, this is the same state of California that booted IVCF off of its 23 campuses.

The debate surrounding rape and sexual assault represent an opportunity for Christian groups to demonstrate that 1) we are advocates for those impacted by the sin of sexual violence, because no person created in the image of God should have to undergo this violence against their person; and 2) in an ethically confused and hypocritical culture, we offer a proven and better way forward for living together as sexual beings without resorting to violence and exploitation.

In essence, Christian arguments against the throwing off of all sexual constraints are being vindicated, as we see stories and statistics emerge of the devastating effects of the sexual revolution. Our desire to have those constraints be determined by God, and not some campus kangaroo court, could increasingly be seen as having value. Many of our groups feel cowed into silence on anything deviating from the party line regarding sexuality, but this is the time when our voice needs to be heard most. – SL

Finally, we have been blown away by the ways God has led leaders from across the collegiate ministry spectrum to contribute their ideas and articles to Collegiate Collective. We’ve been able to feature ideas from campus-based ministries, collegiate church plants, and church-based college ministries. Leaders from Cru, InterVarsity, and other independent campus ministries have blessed us with their ideas. And we’ve had contributions from almost every region in the U.S. and Canada.

But this generosity and collaboration isn’t just happening on our site! There’s been a lot of great activity at Campus Ministry Toolbox. Seedbed launched the Campus Ministry Collective blog. Leadership Network even noted this movement with a featured interview about what’s happening on college campuses.

Let’s keep this cooperative spirit going into 2015 as we work to help get great ideas in one another’s hands. The task is huge, and as you’ll see below, the culture is rapidly changing in our world and on our campuses. – CA

None of us claim to be prophets in the Old Testament sense of the word, but we are sure of one thing – God will still be God and people on your campuses will need Jesus Christ. And unless he comes back, Collegiate Collective plans to be here with you to advance the Gospel on campus.

Have a merry Christmas! We’ll see you in the new year! 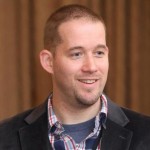 Steve Lutz is the lead pastor of Wellspring Church in State College, PA Penn State University. He is also the author of two books, King of the Campus (2013) and College Ministry in a Post-Christian Culture (2011). He frequently speaks and writes on college ministry-related issues, and consults with college ministries across the country. 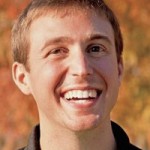 Kevin serves as Collegiate Projects Specialist with the North American Mission Board. He supports the NAMB Collegiate team by executing initiatives aimed at reaching and making disciples of the 22 million college students in North America.

Chase is the Lead Church Planting Catalyst in Iowa with the North American Mission Board and music geek.