In September of her senior year I asked Mikala if she felt like she was struggling with senioritis? To my surprise, she said, “No, not really. I still have a quarter of my college career ahead of me, and I’m excited to make the most of it.” Mikala’s perspective was refreshingly hopeful in contrast to seniors who “check out” because they’re eager to get on to the next thing. Whether they’re pumped to start their first job, looking forward to their wedding date come summer, or they’re just ready to be done, many seniors struggle to remain engaged and faithful until the end. So, what’s the antidote to senioritis? How do we help graduating seniors make the most of their final months rather than write them off?

As I think about seniors who disengage, I’m reminded of Paul’s letters to the Thessalonians. The people in Thessalonica were not unlike our seniors. Many of them were slacking off, neglecting their work, and lacking hope. In the same way Paul writes to the Thessalonians to correct and encourage them in the stretch between Jesus’ resurrection and second coming, we too can coach our students to finish strong in work, relationships, and faith.

Work: Ask About Academics & Help Them Reframe
Many scholars believe that the Thessalonians stopped working because they thought Jesus was coming back imminently or that he had already returned; they we’re celebrating in the end zone, and Paul writes to say, the game isn’t over! As our seniors maximize mission in their last weeks, let’s remind them that they’re still students; one of the greatest ways they can love God and others is to be faithful to their studies. When students lament that they have go to class or do schoolwork, let’s help them reframe: they get to study. What a privilege. In light of their future role as a worker and in light of eternity (where every good thing lasts forever), let’s encourage our students to do good work—for their good, their witness to their professors, and for God’s glory!

Relationships: Make a “Faithfulness Game Plan”
When some of the Thessalonians got their theology mixed up, they also messed up their relationships. Instead of living to please God, they focused on themselves. I’ve mentored seniors who neglect to deal with a roommate conflict or broken relationship because college is coming to a close and they don’t see the point. Other students may want to end well, but they’re not sure how. Let’s help them make a plan.

During her senior I discipled Christine, a student who struggled with staying present instead of looking ahead to the next thing (namely, her wedding in June). As we discussed some of the heart attitudes that contributed to her senioritis, I asked, “What does it mean to be faithful to the roles you currently play?” As we looked at her relationships and roles as a fiancée, student, daughter, sister, friend, roommate and leader, she made an action plan for faithfulness in each area. From her desire to have a sleepover with her sister before her wedding to her commitment to stop by the office of her adviser, she came up with concrete steps for finishing strong.* Even with weeks left to semester, it’s not too late to ask:

Faith: Offer Hope & Invest in Them to the End
Some students may disengage because they’re overwhelmed, uncertain, and scared. They’re watching all of their friends get job offers or acceptances into graduate school, and they still have no plan. Like some of the Thessalonians who looked at their friends and feared they missed Christ’s second coming, our seniors need reassurance that God has a plan. They don’t need to fear that they’ve missed out, will miss out or that God is holding out on them. We can encourage them with the words Paul offered the Thessalonians (1 Thess 5:16-18),

“Rejoice always [even if you have no job offers], pray continually [because God is worthy and delights to provide], give thanks in all circumstances [because gratitude always prepares the way for God to show up]. There’s still a quarter of the academic year left. If we want our students to stay invested, let’s do the same by coming alongside them, offering hope, and running hard with them to the end!

How have you helped seniors stay faithful or maximize their mission in their final weeks on campus? 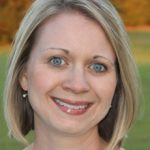 After 14 years of college ministry experience working for the CCO, Erica is now teaching and consulting. Her passion for equipping graduating seniors to prepare for life after college continues. Erica is available to speak and consult – she loves connecting with students and 20-somethings as well as with practitioners who work with them. Currently, she serves as an adjunct faculty for Geneva College’s Master’s in Higher Education Program. She is the author of After College: Navigating Transitions, Relationship and Faith (InterVarsity Press). www.aftercollegetransition.com