3 Principles to Remember When Planting on a New Campus

Kale Uzzle is planting with InterVarsity in Saint Louis and shares three principles to remember when planting on a new campus.

“He told me there was basically no ministry happening on that campus.”

I sat down recently with a middle-aged man who works at a local university. It was his first time attending our Bible study and he arrived about ten minutes early to make sure he found the right location.  We exchanged names and he asked a bit about my organization.

He began with the typical questions – Where’s the headquarters for that group? Do you raise your own support? Then he asked me if I had worked at any other schools in the city. I told him I had spent the previous seven years leading the ministry at a nearby school.  I told him that God was continuing to do incredible things there through the new staff and leaders that continued after I left.

“Really?” he asked, furrowing his brow.

“Yeah, why, does that surprise you?” I asked.

“Well, now that you mention it, I met with a staff worker of a similar organization that was trying to start a group there recently and he told me there was basically no ministry happening on that campus.”

“Really?” I asked this time, feeling my heart  race and the fever-dream of one day blogging about this moment pulsating through my mind…

Starting something new is a daunting task, whether it’s a business or a church or a campus ministry.  You often start with just an idea in your mind – an image of what some area of current pain or disorder would look like if the solution came along. As the picture begins to come into focus, your job is to take that slightly blurry snapshot and show it to as many people as possible – investors, friends, family members, potential partners – all in the hopes that they will see enough of the picture with you to help make it a reality. It is the kind of work that digs into your identity and presses every button of your insecurities.  Am I worth listening to? Do I have what it takes? Is this thing really worth funding or joining or buying? What if it fails? What if I fail?

When these insecurities arise, we sometimes feel tempted to distort the story of our campus to signify urgency to our listener. In European-American culture, there is no more powerful narrative than that of the rugged individualist – a lone agent who “boldly goes where no one has gone before” to single-handedly change the world.

When we superimpose this “first person in” narrative on our work, we may raise the stakes for our listener but we do so deceptively.  So how do we think and speak authentically about the need for our ministry on campus? Here are three principles we need to remember:

1. Integrity is more important than novelty.
This is the main lie that I have to overcome every time I preach. I often think it is my job to look at the text of Scripture, find some new way to describe it that no one has ever seen before, and unveil it to my listeners. Any first-year seminary student can tell you, however, that if you find a way of looking at a piece of Scripture that no one in the 2,000-year history of the church has ever seen, it’s probably heretical. But the fear is real – if I say something that somebody has already heard, they might tune me out.  Similarly, I am afraid that if someone finds out I am planting where other ministries already exist, they will see my work as worthless. The reality, however, is that if Jesus has called us to this work, he has called us to the whole, honest picture of what this work entails, not our marketable (and deceptive) version of the work.

2. The harvest actually is plentiful and the laborers actually are few.
We have all heard (and taught!) Jesus’ words in Luke 10 more times than we could count but, if we’re honest, most of us believe the opposite is true – that the harvest is scarce and there are already too many laborers in the fields.  We feel threatened by the presence of other ministries because we believe that there are not enough people to go around and that we have to compete against them in an increasingly limited pool.  The reality for most of us is essentially the opposite of this.  On the campuses I’ve served in Saint Louis, there are over a thousand students per campus ministry option.  Doesn’t that sound like a plentiful harvest field? Shouldn’t I pray for more laborers instead of fearing the ones who are there?  Why wouldn’t I do everything in my power to attract and welcome every possible faithful ministry to these campuses?

3. The Kingdom coming to the campus is the larger dream under which our organization is a small but significant piece.
Often when we envision the future reality of accomplishing our vision, we are most excited not by the problem being solved but by being the ones who solved it.  We are rightfully passionate about the mission but our passion at times blinds us from realizing the complexity of the ecosystem we inhabit with its hundreds of niche populations ranging from academic departments to cultural groups to professional and athletic communities and beyond. With our blinders on, we can believe that one organization (ours, of course) can bring the fully realized Kingdom to our campus when, in reality, we are one chapter of the story God has been telling on this campus through many organizations over multiple generations that existed long before we arrived and will continue long after we are gone.

If we truly remember these principles as we plant, we can successfully honor the Lord of the harvest and our brothers and sisters who are already laboring on that field. He is using all of us to tell a story on that campus.

May we be found faithful to our part in his story. 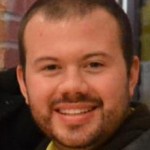