Plan for Succession or Fail

Jonathan Yarboro helps collegiate leaders think about identifying and equipping the leaders who will take the reins after you’re gone. In other words, plan for succession or fail.

Who will take your seat on the bus?

However, it turns out that working on a succession plan – a plan for replacing yourself – may be the most important thing you can do from the very start. In the last four years, the No Campus Left Team has helped 54 churches start 86 collegiate ministries on 55 college/university campuses in North Carolina. By the grace of God, we’ve seen some great success. But I want to tell you about the ones no one wants to talk about – the fourteen that tanked.

Most church plants or ministry startups spend an astounding amount of energy on facilities and funding.  Rightly so. A lack of or loss of facilities contributed to 14% of our failures. And a lack of sustainable funding attributed, at least in part, to 43% of our failures. Those are substantial figures, but there is one issue shared by 100% — every single one — of our failures. And it’s the thing nobody thinks about until it’s too late: succession. That’s right. Every single failure we’ve seen in the last four years has been due, at least in part, to a key leader’s departure with no plan in place for who will take that seat on the bus.

1. It values the movement you lead above yourself. Succession plans embrace the reality of our finitude. One day, you will likely leave your current ministry post for another. Even if you don’t and eventually retire from where you serve right now, the day will come when you leave your current position. And, of course, there’s that other option: death. It’s time leaders face the fact that unless Jesus returns, the ministry you lead will one day need to carry on without you, and someone else will need to be in the seat you now occupy.

2. It makes disciples. When disciple-makers invest in others to such an extent that those disciples can step in and carry on in the leader’s absence, they are not just making more disciples; they are making more disciple-makers! In 1 Corinthians 11:1, Paul writes, “Imitate me as I imitate Christ.” There’s no simpler way to say it: The best way to make a disciple is to ask them to do what you do as you follow Jesus. Lead like that, and when you depart, those you have discipled will be much more likely to be prepared to step into your shoes. And even if they never have that opportunity, at the very least, you’ve raised up a leader you can send out as you multiply!

3. Even Jesus did it.  He knew from the start He was going to suffer, die, arise, and ascend, leaving the apostles to continue the mission. Jesus built His succession plan on His Church empowered by the Holy Spirit. He executed this plan in the way he developed leaders. From the very start of His ministry, he began preparing Peter, James, John, and the others to carry on the mission.

Succession plans pave the way to the future of the ministry you lead. Whether you are a leader looking wide-eyed at a campus full of lost students, a veteran leader who can teach the rest of us a thing or two with your eyes closed, or somewhere in between, now is the time to start thinking about your succession plan.  You simply can’t start thinking about it soon enough.

To help us decrease the number of ministry flops on NC campuses, here are some questions the No Campus Left Team has begun asking planters and leaders to ignite thinking about succession plans:

So, who will take your seat? Much of leadership is framed in moving the right people into the right seats on the bus.  But if no one is prepared to take the driver’s seat when you vacate it, you are setting a collision course aimed at failure, disappointment, pain, and maybe even death.  A succession plan that develops leaders who equal or surpass you in capacity, in competency, and in character, however, sets a course that is focused not on who fills the seat but who reigns upon the throne – the God who was there before you took your seat and will remain well after you are gone. 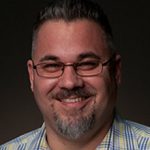