Joshua Lee Henry, leader of The Gate in Ft. Wayne, IN, writes about how prayer walking your campus can enhance your communion with God and make you more sensitive to his activity around you.

It is said that the great 18th century revivalist leader John Wesley once said, “God will do nothing, but in answer to prayer.” While some biblical scholars and church historians would make a case against this absolute statement regarding the character of God, Wesley’s point is nonetheless made clear. Scripture does, in fact teach that prayer indeed moves the heart of God. In his recent book “Dwell: Life with God for the World” (2014), author Barry Jones states that “Prayer is the central practice of the with-God life. Pray holds a certain pride of place among the spiritual disciplines because it is in an important sense the practice on which all the other disciplines depend. In prayer we posture ourselves before and address God directly” (pg. 119).

While the majority of Christians, and especially ministry leaders, understand the importance of prayer, the term “prayer walking” may be a new concept to some. Essentially, prayer walking is passing through a specific area while interceding on its behalf. The intention is to seek God’s will for a particular place, pray for His blessing on the people residing there, and dedicate the land to the Lord. One of my favorite biblical examples of God’s people prayer-walking is the story of Joshua leading the Israelites in the taking of the city of Jericho (see Joshua 6). Though the Israelites were silent for the first six days of their march, they were committed to God’s plan for conquering the city, united in a spirit of worship and devotion, and submitted to the Lord in a posture of humility and obedience.

Because prayer, simply defined, is communication with God, another example of prayer walking in Scripture is the dialogue the two disciples had with Jesus to the road to Emmaus at the end of Luke’s gospel. After the resurrected Lord reveals himself, the travelers ask “Were our hearts not burning within us while he talked with us on the road and opened the Scriptures to us?” (24:32). The pair of disciples return to Jerusalem, find the eleven, and proclaim to the group what had happened. The gospel is spread as the result of a few disciples talking with Jesus as they walked into town.

While prayer-walking has been a common missionary practice with workers in cross-cultural settings, it has also recently become more popular for believers in our Western context. In their book “Prayer Walking: Praying On-Site with Insight”, veteran missionaries Steve Hawthorne and Graham Kendrick describe how prayer walking can be done by individuals, small groups, and even whole churches. They write that “Most Christians learn how to prayer walk quickly…Once we get beyond habits of housing our prayers in a stained-glass confinement, we experience a simple truth of prayer: Intercession need not be long distance prayer. We instinctively draw near to those for whom we pray…It is easier to direct our hearts with genuine concern for what fills our eyesight” (pg. 24).

When my wife and I take students from the young adult ministry we lead out to prayer walk on our local university campuses, they invariably come back with stories of God at work. Students often share how God moved their hearts to see their classmates and peers with new eyes. They learn to look past the social cliques, get over their fear of awkwardness, and begin to discern in the spiritual what is not seen in the physical. And thus the “secret” to successful prayer walking is apparent. It is not only what we see visually when we are on the frontlines of ministry, but God engages all five of our senses as we work to advance His Kingdom, with our boots on the ground and our hearts intent on following the lead of the Holy Spirit.

Prayer Walking, an Opportunity for Ministry

All five senses are engaged when we hear chatter in the quad about midterms and the stress that so often accompanies cramming before finals. We are presented with the opportunity to pray for peace of mind and clarity in the student’s study. When we smell fresh coffee brewing throughout resident halls while the clock approaches midnight, or even some of the more unpleasant smells such as fraternity vomit or even worse, smoked marijuana at a student housing complex, we are reminded of human depravity and strongholds of sin that hold many young adults in bondage. This is a great time to pray for freedom, for a campus awakening, and to pray for receptivity as the prayer-walking team searches out a receptive, “person of peace” (see Luke 10) to engage in a gospel conversation.

And so while there are many great student ministries, outreach events, and bible studies present at many of our universities, prayer walking can be a great addition to a church or ministry’s strategy for reaching a campus. Jaeson Ma, author of “The Blueprint: A Revolutionary Plan to Plant Missional Communities on Campus” (2007), says that “Almost every great revival or missionary movement in history started with students praying on college campus and then being led out by God” (pg. 97). He then goes on to cite Ludwig Von Zinzendorf and the Moravians, Yale University graduate Jonathan Edwards, leader of the First Great Awakening, as well as John Wesley and George Whitefield’s ministry at Oxford, and finally the historic Student Volunteer Movement, “which sent out more than 20,000 college students overseas on foreign missions during the span of a few decades.”

One thing we know—that the next great move on our campuses will in all likelihood come because people prayed. May God do that again! In a future post, I will share “5 Kingdom Benefits to Prayer Walking Your Local Campus.” 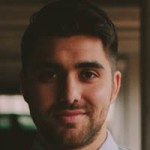 Joshua Lee Henry is the Assistant Director of Coaching on Purpose, an executive level leadership development and training program that equips marketplace leaders with both biblical principles and best practices for doing business as mission. Joshua is also a missions strategist, and consultant for churches, ministries and nonprofit organizations. He is published author, and regular conference speaker on the topics of discipleship, the Millennial generation, and missional church.