Are You Seeing a College Ministry Movement?

Mitch Tidwell reflects on the history of movements and what it will take for collegiate leaders to a see a movement on our campuses.

More than 2,000 years ago Jesus took a band of 12 disciples, ministered to them, taught them how to minister, and unleashed them to start the greatest movement the world has ever seen. He faced betrayal from his own tribe. He faced ridicule from ministry on-lookers. He faced death. Jesus faced every barrier imaginable to a movement, but he started one and it continues to this day.

At the end of his life Jesus told his disciples that it was better for him to leave than to stay and that they (and we) would do greater work if he did leave (John 14:12).

Jesus wants us to continue his movement; it is a movement that the gates of hell cannot prevail against (Mt. 16:18). It’s a movement with sustaining power.

What is a movement anyways?
Steve Addison defines a movement as an informal grouping of people and/or organizations pursuing a common cause. Jesus took the outliers of society and invested his life in them. The disciples watched him minister. They helped him minister. He empowered them to minister and then he launched them to start a movement. We see this manifesting itself in Paul’s church planting movement across Asia. The entirety of Asia heard the gospel because of his efforts (Acts 19:10). Each of Jesus’ Apostles rallied around a common cause and that was the gospel: a message that had power to reconcile a lost and broken world back to the Father through Jesus.

We’ve seen gospel movements such as the Reformation and even the lingering Charismatic Movement, but for many of us, we haven’t tasted and seen a true gospel movement in our own context. We witness movements every day, just not gospel movements. The book The Starfish and the Spider proves we know movements in our society. They are rarely centrally controlled. In a sense, they are somewhat out of control. That’s why they are a movement. Jesus started a movement but he didn’t helicopter the disciples; he unleashed them because he was confident in his disciple making process and the power that resided in them.

If you’ve ever studied revivals, awakenings, or movements, they normally start with young people. The college campus is a hot bed for awakening and movement. Bottom line: you’re in a perfect position to see a movement happen.

What does it look like to start a movement in our context and what are the barriers we face?
In Steve Addison’s books Movements That Change the World, he outlines five keys to spreading the gospel. One of the key components of this is commitment to a cause. Jesus rallied his disciples around a cause: the gospel. He equipped them for ministry and unleashed them to do ministry on their own.
When Jesus called his disciples and rallied them around his cause, they dropped everything to follow him (Luke 5:1-11). The trajectory of their whole life changed. They would never be the same.
A good question to ask those involved in your ministry is “What does your ministry cost?” See what they say.

Does your ministry cost something? It should. Are students turning from an old life to a new life?
The birth pains of the American foreign mission movement came from a small meeting (Haystack Prayer Meeting) when a college student named Samuel John Mills decided to devote his entire life to missionary work.

The reason the disciples could leave their old life is because they saw something worth it. Jesus casted a vision beyond their imagination. He casted a vision they could not accomplish alone, but together in the power of the Holy Spirit.

A barrier to continuing the movement of Jesus
Far too often as churches and ministries we undersell the gospel. We cast vision for a gospel that redeems a lost and broken world, but then we mobilize our people to manage OUR ministry, rather than unleashing them to do THE ministry. Then the “cause” they sign up for turns into managing a program or activity, rather than advancing a movement.

Alvin Reid says in his book Evangelism Handbook, “Christianity is a movement to be advanced, not an institution to be managed.” Many of us have grown up in a church or ministry that was run more like an institution than a movement: highly controlled and highly programmatic. If we’re honest, it left little room for spontaneity.

You know the result of this all too well. Your people get bored and they back out or burn out.
If we’re honest, most of the time WE are the barrier to the movement of Jesus.

This post is not a silver bullet or an A+B=C formula for starting a movement, but it does share a common trait and barrier to a movement. Could God be calling you to greater dependence on him? Could he be using you to cast a God sized vision to your college ministry or your church for the sake of His glory among the nations? A movement often starts with a catalyst, but very rarely do they get any glory. In fact, in a gospel movement, Jesus gets all the glory.

I recommend some reading to further your thoughts on movement and what this could look like in your context. 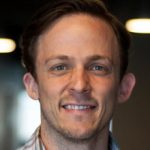 Mitch serves as the Collegiate Associate at the Southern Baptists of Texas Convention. Mitch’s desire is to assist churches in advancing God’s kingdom on college campuses in Texas. He lives in Fort Worth, TX with his wife, Olivia.