Clayton Bullion reminds collegiate leaders that the Numbers Game is a bad way to define yourself and God’s work through your ministry.

Here are a few confessions from a recovering Numbers Game addict:

NUMBERS WON’T FILL YOU
The truth is, if you’re not content with five students you won’t be content with 500 students. Ministers would tell me that and I would laugh. I would think, “Of course they say that, but they don’t have five like I do, they have 500!” Believe me. When I first started I was glad if seven students showed up, but I always felt insecure and not good enough. I always looked at bigger ministries and thought if I could just be as big as them I would be content and secure in myself as a minister. Guess what? We have more students than ever and I’m still just as insecure and wrestle with feelings of inadequacy and doubt. You know why? Because the problem isn’t students, the problem is my heart. I tend to replace my identity in Christ with my identity in crowd-gathering. Numbers don’t fill us. They can’t. The applause of a crowd won’t fill the deepest longings of our hearts. Only Jesus will.

NUMBERS BRING FALSE SECURITY
Sometimes we look around and think since we are a “big enough” ministry on campus than we’ve got it made. We can stop risking it all for the sake of the gospel because we don’t want to do anything that might “push” the crowd away. We switch modes from reaching to maintaining because we play it safe. But if you have at least one lost student on your campus then your ministry isn’t big enough. Risking it all for that one lost sheep sounds like something out Savior would do. Numbers bring a false sense of security that lulls us into protecting our interests instead of preaching the gospel.

NUMBERS DON’T TELL THE WHOLE STORY
Big doesn’t mean healthy. Small doesn’t mean healthy, either. Quantitative isn’t the only way to measure success. You may weigh the correct weight but have an eating disorder to maintain it. What’s the quality of the quantity is just as an important question as how many people are involved. The problem is that qualitative takes more time and space to explain and so we tend to take the fast easy answer as the ONLY answer. The biggest number can tell you how many people are involved but it cannot tell you by itself what’s effective. It’s possible to be a big tree and not produce any fruit. It is also very true that you can be a small tree and not produce any fruit either. Size doesn’t determine health! Numbers are only part of the picture.

NUMBERS SHOW WHAT WE VALUE
I have four kids. When we get in a crowd, I literally have to count heads to make sure all of us are getting somewhere. Why? Because I value them. We count what we value. Isn’t it interesting that Jesus never seems to count how many showed up to hear him preach? The Bible uses words like “crowds” or “multitudes” but it never gives a number. Isn’t that interesting? We tend to live or die by that number, but Jesus didn’t. Jesus does count how many people he serves (feeding of the 5,000/4,000) and the number of disciples (sends out the 72 or meeting with the 12), but we can only guess at how many the “multitude” was who gather for the Sermon on the Mount.

Have you found yourself playing the Numbers Game? It’s like a drug. It can be exhilarating when they are on the up and but they can be debilitating on the decline. The truth is they can become just a quasi-god we bow to each week. And let’s be honest, do we really want to place our identity and self worth at the feet of whether or not a hormonally-charged 18-22 year old shows up and gets involved? That sounds like an awful roller coaster to live on!

If you’ve found yourself playing the Numbers Game, take a second and repent. Bowing at the altar of numbers can rob your of the joy and hope that Christ calls us to. It also can suck the joy out of walking with Christ in ministry. If you’re there, you’re not alone. I’m there too. And I’m done playing the Numbers Game. Let’s quit it together. 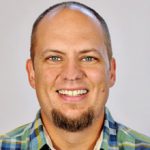 Clayton is the Chief Dreamer and Storyteller at the Baptist Student Ministry at Tarleton State University in Stephenville, TX. He is married to Bethany and they have four fantastic kids. Before coming to Tarleton, Clayton and Bethany lived in the Middle East helping college students engage the culture around them with the gospel.