Would That Even Work on My Campus?

Daniel Johnson helps with challenges you may face as you try to implement ideas from Collegiate Collective on your own campus.

I once heard it joked that the best ministers are the best thieves. Meaning, that often as ministers we “borrow” each other’s ideas and seek to implement them in our own setting. That is why I love groups like Collegiate Collective. It is a gathering of college ministers from all over the world sharing their ideas on what has and has not worked on their individual campuses.

Unfortunately some of the great ideas we hear and read about don’t always turn out how we expect them to in our setting. I remember being so eager during my first year of college ministry to implement some of the great ideas I read about on Collegiate Collective. One vision I was particularly excited to share with the students was the idea of gospel appointments. I had read of some of the incredible success stories from other campus ministries and wanted our students to see how amazing it was and use it on our campus. And why wouldn’t they? It was a great idea! Gospel appointments are simple, clear, and direct, yet also incredibly relational.

Looking back, my expectation seemed to be the slogan of Field of Dreams, “If you build it they will come.” Instead it was, “If you cast the vision they will buy into it.” Now don’t get me wrong I prayed over this and knew that without God at the head of this it would fail completely. I pointed the students to scripture and they got the biblical mandate. We did role playing and shared success stories. The staff modeled this concept for the students and went out on campus with them to set up and complete gospel appointments.

However, even with the full support from the staff, most of our leadership was not living this model of evangelism out for themselves. Leadership thrived in other areas, but all of the weight seemed to fall on the staff and a few select student leaders when it came to gospel appointments. I had read about groups with hundreds of gospel decisions and we only had a handful. I felt like a failure. Were we just at a campus where this model would not work? What had we done wrong? There were several things I learned as the year progressed and I reflected back on those first couple of months of ministry.

Realize That Change Takes Time
I was expecting all of our students to jump on board with this new idea immediately. I was new to this campus, and the students were still skeptical of me, much less this new idea. I was reading success stories of College Ministries that were years in the making and expecting those results on my campus the first year. It can take a while for people to begin to accept and live out a new idea, even if it is a great idea.

Set Realistic Goals
As I said before, I was reading success stories of hundreds of students coming to know Christ over the course of a semester at other colleges. I felt downhearted when we only had a few. I realized that we needed to rejoice in the fruit that God had given us and faithfully continue to plant more kingdom seeds. It is not an unrealistic goal for our ministry to have a hundred gospel decisions in several years, and we pray for that day to come, but it may be an unrealistic goal if we are just beginning to implement a new strategy. Celebrate the decisions that are made. As Luke 15:10 says, “Just so, I tell you, there is joy before the angels of God over one sinner who repents.”

Be A Model Not Just An Example
There is a huge difference between modeling something for someone and being an example. I would go out onto campus by myself to follow up with students for gospel appointments and most of them went well. I was so excited to see what God was doing and wanted our leadership to catch that same fire. Most of our students were excited about the success stories that were shared, but were apprehensive of doing a gospel appointment themselves. I started to take some of our students with me on campus so they could see me use the gospel appointment model and then immediately tried to send them out to do it for themselves. I was trying to multiply disciples on the fast track. It didn’t work.

I changed my strategy to a “monkey see, monkey do” strategy. I began to invest in several students and take them along to gospel appointments fairly regularly. They saw me do it, they could ask questions, they could add to the conversation, but they were still learning. Next I would get them to initiate the conversation and be there as support. The students that I did this with jumped on board with the idea of gospel appointments and are ready to take others alongside of them for the upcoming fall.

Change was hard to implement on our campus, and there was some pushback from our students at first. Not every idea that I happen to read on Collegiate Collective will work on the campus I am on, but there are some ideas that I think are worth sticking with, even if they are not immediately successful. And the truth is they may never be successful. There isn’t a three step system for change on a campus.

We cannot force God to do a work on our campus no more than we can force God to move in someone’s life, no matter how much we may want and pray for it. 1 Corinthians 3:6 says, “I planted, Apollos watered, but God was causing the growth.” We have to depend on the Lord for growth in our ministry, but must ultimately realize that He will accomplish His will for His kingdom and not our own. We must be faithful to obey his commands to share His good news, for He will always be faithful. 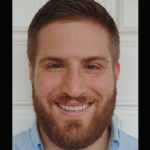 Daniel serves as the Associate Director at the Baptist Student Union at Ole Miss. Daniel and his wife Sarah love college students and desire for them to come to know Jesus in a deep and life changing way.