Zach Allen, College Minister at FBC Tallahassee, writes about how to serve Greeks on your campus.

Recently, an officer in Florida State’s Panhellenic Association told me, “Oh my gosh, thank you guys so much! This is awesome!” It’s not every day that a college minister gets to have a conversation like that. But it is becoming increasingly common for us.

Our growing relationship with Greek Life at FSU didn’t happen overnight. But over the last few years, we have seen God open doors for us among a large group of students who are often written off by the church.

I don’t personally have much a Greek background. Up until a couple years ago, my biggest piece of street cred in the Greek scene was marrying a former member of Gamma Phi Beta. But for the last five years, I have actively reengaged FSU’s campus, allowing our church and college ministry to become recognizable again. About a third of my efforts at FSU are collaborative with other campus ministries, and this has created an environment of mutual respect and trust with the university.

In the summer of 2013, a national representative of Beta Theta Pi contacted my pastor and I. He wanted us to help in an advisory role for the re-colonization of their chapter at FSU. We saw “God’s good, pleasing & perfect will” in a fraternity asking a Baptist pastor to be an advisor!

That fall, I began working alongside a group advisors that I respect. This fraternity is headed in the direction that many universities hope their houses are moving toward: highest GPA on campus, involved regularly in student and community life, a good reputation among the sororities, and they care deeply about one another.

Involvement doesn’t always manifest itself in influence though, especially as it relates to the Gospel. As many people have rightly noted, “the trouble with relational evangelism is that it focuses so much on relationships that it never gets to evangelism.” Those words are a filter for me as I spend time and resources in serving Greeks.

God gives gospel influence to churches and campus ministries, so that we can reach our colleges and universities. I believe that Greeks are one of the most plentiful harvests yet to be reached on many of our campuses. Many in the current generation of college students—including Greeks—have never personally heard the Gospel.

With that in mind, let me share a few ideas with you that you can take and contextualize for reaching Greek students in your city.
1. Go to them & invite them to something.

The internet is wonderful & advertising in the school newspaper is great, but face-to-face and word-of-mouth is where it’s at. Even if it is only inviting Greek students to your Sunday Bible study and worship service…go to their house and ask them yourself! A couple of years ago I went to each house on campus with flyers, and personally invited the brother or sister who answered the door to church and a lunch. I was welcomed at every house, and had great conversations with the guys and girls who answered the door. On a half dozen occasions, I had a student tell me, “We’ve never been invited to anything by a church, thank you very much.”

2. Offer your facilities to them.

Each semester, houses are looking for space to use for initiation and induction ceremonies, recruitment workshops, alumni events, and educational space. One of the great assets that many churches & campus ministries have to offer is space. Opening up space to these outside groups could be a huge step toward building a bridge with a house (or houses). Do your due diligence by making sure they aren’t doing anything inappropriate, but many of these chapters have a history of Christian influence as part of their rituals.

3. Meet your Greek Life Office & ask them how you can help.

Could you staff a couple coolers during sorority recruitment or fraternity rush, and offer cold water to students who are visiting houses in the heat and humidity? If they need extra hands, stuff PNM (Potential New Members) bags with literature, or help with registration check in or early move in. Your hands and feet are an invaluable resource, and allow you to be present during crucial times of year.

4. Leverage the alumni relations in your church.

Chances are you have Greek alumni in your network that can help you make connections. These alumni can communicate with their houses, and share invites from your church or campus ministry at chapter meetings. We held a Greek lunch several years ago, and alumni members from our church served as table hosts for the girls and guys who came from their house. The opportunity for our members to help our college ministry reach a group they were fond of was a huge win for our church as a whole.

5. Connect Greek students to other adults.

Especially those who have experience in the vocation those students are majoring in. There were a couple students involved in Beta who wanted to pursue a career in Sports Management. It just so happened that two of my good friends currently work in that field & hire college interns each semester. Getting the five of us together for lunch led to valuable advice the students needed to hear. Networking in most sororities and fraternities is a huge priority. The church provides a natural network of people from all walks of life and vocations, and this could be an asset when trying to reach Greek students.

Reaching Greeks can be a scary and thankless job sometimes, and we don’t do it perfectly here in Tallahassee. But we believe that God wants to do something significant with this group of students. Too often, we’ve assumed Greeks want nothing to do with Jesus and his Church, but these men & women will surprise you with their honesty and interest in many of the things that you hold dear. Yes, they are super busy and a little rough around the edges, but that doesn’t excuse us from going after some of the most influential students on campus.

How can you prayerfully invest ideas, resources, relationships in Greek Life at your school? 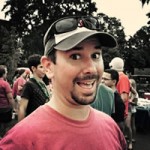