Tom Knight again asks important questions. This time, he focuses on the idea that an RSO may not be the best way for your college ministry to impact the campus.

Campus ministries have been invested in registered student organizations (RSOs) for so long, they may believe there is no other way of doing campus ministry.  And for good reason too.  Having a RSO brings many perks to the ministry: official recognition by the university, access to space, official email addresses for staff, possible funds for events, and the ability to network with other clubs for service projects etc.  These are all great benefits.  But they could also come at a cost in some situations.

At the battle of Agincourt, the English under Henry V defeated a much larger French force by being smarter and nimbler.  Knights in full, heavy, armor were the tanks of the ancient battlefield.  Everyone was wowed by their prowess, power, and destruction on the battlefield.  And France had a lot of knights.  But under the right conditions, knights were not the best option for fighting a battle if you knew how to adapt to the context.  Due to the heavy rains before the battle, the French fields were quagmires.  Many knights were killed on their backs unable to get out of the mud.  It is reported that some even drowned face down.  Nimble English, by contrast, who were not weighed down by the armor were able to maneuver more effectively.  Their longbow men were able to rain down volley after volley of arrows, as the French slogged through the mud.  By the end of the day, France was defeated and thousands of knights killed or captured.  No wonder Shakespeare wrote a play commemorating the battle and Henry V.

Just like those knights stuck in the mud, sometimes a RSO can be the wrong mechanism for ministry.  There are instances where an RSO can cause gridlock, paralysis, or diminishing returns.  Let’s look at some of those instances and possible models to replace the RSO.

Instances where erroneous beliefs about RSOs or an RSO itself may cause confusion or be counter productive:

I am not trying to convince anyone to drop an RSO that is working well.  However, I am suggesting that if your RSO is not working well, or not achieving what you thought it would, then perhaps you are battling in the wrong way.  Spend some time looking at your context and experimenting with other ways of doing ministry.

And if you don’t have an RSO, or have tried an RSO and failed, don’t think you can’t do collegiate ministry!  You can.  But you will have to be willing to try totally new tactics.

You can also read more from Tom at Campus Parade where he writes on college ministry, campus culture, and ministry leadership. 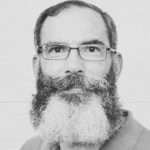